On June 1, 2013, Veterans Canada had its first conference call Board of Directors meeting with our newly elected or appointed Executive Board for the next two calendar years. These leaders come from many walks of life but have one thing in common; they are all veterans of their branch of service who have served Canada in a position of risk. These volunteers are passionate, dedicated and motivated to further cultivate the organisation on-line and into our communities. They will serve a two year term with the next elections to be held December of 2014.

We are pleased to announce the following members as our elected / appointed leaders for Veteran Community. 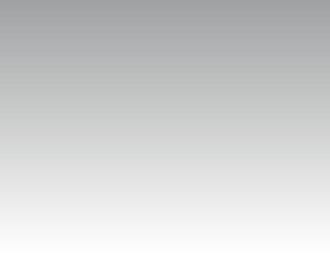 Sylvain was born in Montreal, Qc and his career in the uniform started at age 12 when he joined the sea cadet in Sorel (Qc). At age 17, he enrolled in the CF and served with the Engineers for 25 years on retirement as a MWO and 615 CM Tech. During his time of service, he served in St. Jean (Qc), Borden (On), Cold Lake (Ab), Montreal (Qc) (Longue-Pointe, St. Hubert and Farnham), Lahr (Germany), returned to Montreal and retired in Edmonton (Ab). During his time in the CF, he was deployed to CFS Alert (1976), Camp El Gala, (Egypt) with CCUNFME II (1978) and Croatia/Bosnia with UNPROFOR/IFOR (1995). He continued his uniform career when he joined the Corps of Commissionaires for 3 years working in Montreal with Revenue Canada, Canadian Space Agency,

CISIS and later the Calgary Police Service. He moved to Alberta in 2000 and joined the Calgary Catholic School District until present. He re-joined the uniform with the CF CIC (Cadet Instructor Cadre) with #335 RCSCC Calgary and achieved the position of Commanding Officer with the rank of Lieutenant (Navy) for 10 more years. 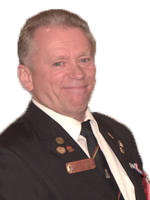 Born in Glace Bay NS Circa 1943 and raised in Fredericton N.B.  Joined the Canadian Army Reserve in 1959 and transferred to the regular Canadian Army in 1960, I stayed in the military until 1969 when I was chosen among others for cutbacks and honorably released. I Served in two special service areas during my tenure and received the SSM, UNEF, UNFICYP and the Peacekeeping Medal for services to my country.

Upon my return to civilian life I completed my GED and went on to serving the interests of the Forest Products Industry in Canada and the USA. I eventually held the top post of Regional Engineering Manager for Canada and retired from that position in 2005. I celebrated with my wonderful wife Dorina our 50th Wedding anniversary circa 2013. We had three children; Paulette our eldest,  Brian our first boy and Kevin (deceased at 19 years)

I am a 40 year member of the RCL and  a former secretary of the Dieppe Military Veterans’ Association of which I am still an active member. I am a member of the Knights of Columbus within the realm of the 3rd and 4th degrees.  I actively support these and other volunteer groups when time permits.

I became involved with “The Veterans Canada” to help veterans whom I have met or worked with to develop claim strategy over the past few years. There needs to be more availability and help on “how to achieve VRB claims”.   The Veterans Canada seem like a good place to start expanding my horizons and working with other Veterans who may have had some of the same service related misfortunes and issues that I personally dealt with over the years.   If anyone out there from NB and needs information or help, feel free to contact us anytime and I will respond promptly. One last point on career, vision and motivation if I may. This is not about one but rather about those who have served their country, about those who feel that they fall into the forgotten so-called short timer versus 35+ year guys/gals. Service is service and there are no bounds on time served. A veteran is a veteran regardless of time served. Your support here is wanted, needed and respected. 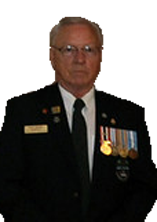 David Wells was born in Corner Brook. He completed his high school education at Herdman Collegiate. In 1973, David enlisted in the Canadian Forces as a Military Policeman. In 1984, he completed a Bachelor of Arts Degree with a Major in Political Science from Carleton University in Ottawa. In 1985, he completed a one year French language course at the Canadian Forces Language School in St Jean, Quebec. In 1985, he was commissioned with the rank of Lieutenant. David saw operational tours in Israel and Syria, and in Bosnia. He retired from the regular forces in 2003 with the rank of Major and went on to serve with the reserve forces.

David lives in Corner Brook with his wife Dr Carla Wells who is employed as the Research Coordinator with the Western School of Nursing. They have one son Jonathan.

Joined the Army in 1957 and spent 30 years of service in the RCAC; Fort Garry Horse (FGH), Lord Stratchcona's Horse (Royal Canadian) (Ldsh RC) and le 12è Régiment Blindé du Canada (12RBC). Became a CFR Officer in 74, retired at the rank of Major in Whitehorse, Yukon in 87. Served with NATO in Iserlohn, West Germany from 62 to 65 with FGH and again in 68 to70 with Ldsh RC. Served in England in 72 at Camp Bovington, the Royal Armoured Corps School. Served with the UN in Cyprus 66/67 and again in 77. Served with UNTSO in 85 and 86 in Israel, Syria, Egypt and Lebanon. Interests include; Veterans matters at Municipal, Territorial and Federal levels. Hominin research. Author of a book entitled ''Sasquatch Research Manual'' and presently writing another one with the title of ''Wild Men of the Yukon''.

Former member of numerous Veterans’ organizations such as Defenders Motorcycle Group and as Civilian Instructor for Cadets, Cubs/Scouts. Taught Martial Arts to adults and youths of all Ages (Martial Arts School) and after school programs. Wrote and taught numerous Security and Law Enforcement programs for Department of Justice and Private Security firms. Member of Veterans of Canada since April 2011.

Volunteered and assisted numerous members and Veterans in personal service related issues with Branch, Poppy Committee, and Veterans Affairs.  Procuring medals and awards that were owed or lost. Helped with arranging Funerals, Memorials and planning Special events based on Veterans and Military Remembrances. Mounted Medals for Service Members and Veterans and worked in the Legion Museum presently Chairman of Nova Scotia Chapter of Motorcycle Ride for DAD raising funds and awareness for Prostate Cancer. Former Chair of National Audit group. Presently a member of National Audit Committee. Involved in Event for last eight years.

I hope to be able to use my training and knowledge to assist Veteran’s and their families or whoever requests my help for years to come. I enjoy working and volunteering as it’s a great way to meet people and help others. VeteransofCanada.ca seems to be a great avenue to help each other and from what I have read of its members we have a fantastic group of Veteran’s and Service people with lots of experience and knowledge to draw from.

I was born and raised in Hamilton, Ontario. I have been married for 20 years to my wife Nelly, and we have two boys, Christopher and Michael. We are currently living in Barrie, Ontario.

I joined the Canadian Forces Reserve 23 (Hamilton Service Bn) in January of 1987 at the age of 17. My trade was R935 Mobile Support Equipment Operator (MSE-OP). I transferred to the regular force in May of 1990 and was posted to CFB Calgary. I served 6 years with 1st Service Battalion Transportation Company. My time in Calgary included serving in all three field platoons as well as Base Transport. I was also tasked to the Allied Mobile Force (L).

In 1992, I completed a U.N tour in the Golan Heights. In 1994, I deployed with my unit to the former Yugoslavia. In July1996, I was posted to CFB Borden Base Transport. I remained at CFB Borden until I was medically released in October 2001.

I received the Diamond Jubilee medal in 2012 for my service to the Veterans Community. 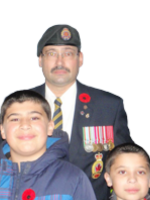 I joined the Canadian Army (RCAMC) at the young age of 17; this was to be a one hitch event to travel but then some 32 years later I retired from the CF. On completion of my 32 years' active service as a physician's assistant, I transferred to the Canadian Forces Health Services Primary Reserves for another 10+ years until CRA.  My regular and reserve force career spanned the Navy, Army, and Air Force as I have served at sea, in the field with 1 RCR & 2 PPCLI, at Shearwater & North Bay, with NORAD, and also in special duty areas.

Following my 42-year military career, I worked in the offshore oil and gas industry as a physician's assistant, and also as an offshore safety officer.  Presently I am on the CIC for Meadow Bank and am the Special Planning Area Representative for my community.

My wife and I after serving in the military we decided to return to our home province of PEI. I then became involved with the Charlottetown Branch of the royal Canadian Legion. During my involvement with the Legion I noted that there was a poor turn out for all Legion tribute serviced for our deceased Veterans. With this in mind I them moved to the Executive of the local Branch. Following my time as an executive member I was requested to offer my name as 1st Vice President, followed by President for 2 years.

I still remain committed to the Veteran and their organizations. I am a life member of both the Legion and NATO associations. I am also a member in good standing with FSNA, Atlantic Chief’s & P.O. and the Armed Forces Pensioner association.

Major Jean-Pierre Poirier is born September 8, 1948. He studied in electronic at the Technology Institute of Hull and at the CEGEP of Hull. He also studied in Business Administration at Laval University and University of New-Brunswick.

In 1965, he joined Le Régiment de Hull and after being promoted Captain, he joined the Regular Force with the Royal Canadian Artillery Regiment. He filled many positions within 5RALC in Valcartier, the Royal Canadian Artillery School in Gagetown and 1RCHA in Germany. After serving with 5CBG Headquarters (HQ), he is promoted major and posted as Liaison Officer with  GATES (German Army) in Shilo Manitoba. In 1990, he is posted to Force Mobile Command HQ in St-Hubert, where he filled many Staff officer positions until 1996. In 1992 he is sent to the Ex-Yugoslavia War (UNPROFR 2) for one year as liaison officer with UNHCR where he open the road to Sarajevo. In 1996, he posted to RIIP project in Ottawa. Following this he is transferred to CFLS as the Chief Instructor and Commandant of the school in Ottawa. In 2001, he his posted to the Army HQ for DLFR and DLPM. Major Poirier retired in 2008 after more than 42 years of service.

Major Poirier occupied many volunteer positions in the community such as Chief and Commissioner in the Boys Scout, Skate Canada for more than 28 years where he is still an official, Knights of Columbus, Royal Canadian Legion, Director in the Balloon Festival of Gatineau, National Capital Commission, Director in the organising Committee of the Quebec Games in 2010, Organising Committee of the 2001 International Franco Games in Ottawa, Director of St. John Ambulance of the Outaouais and many other organisations. 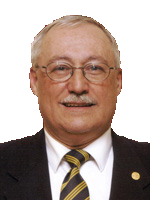